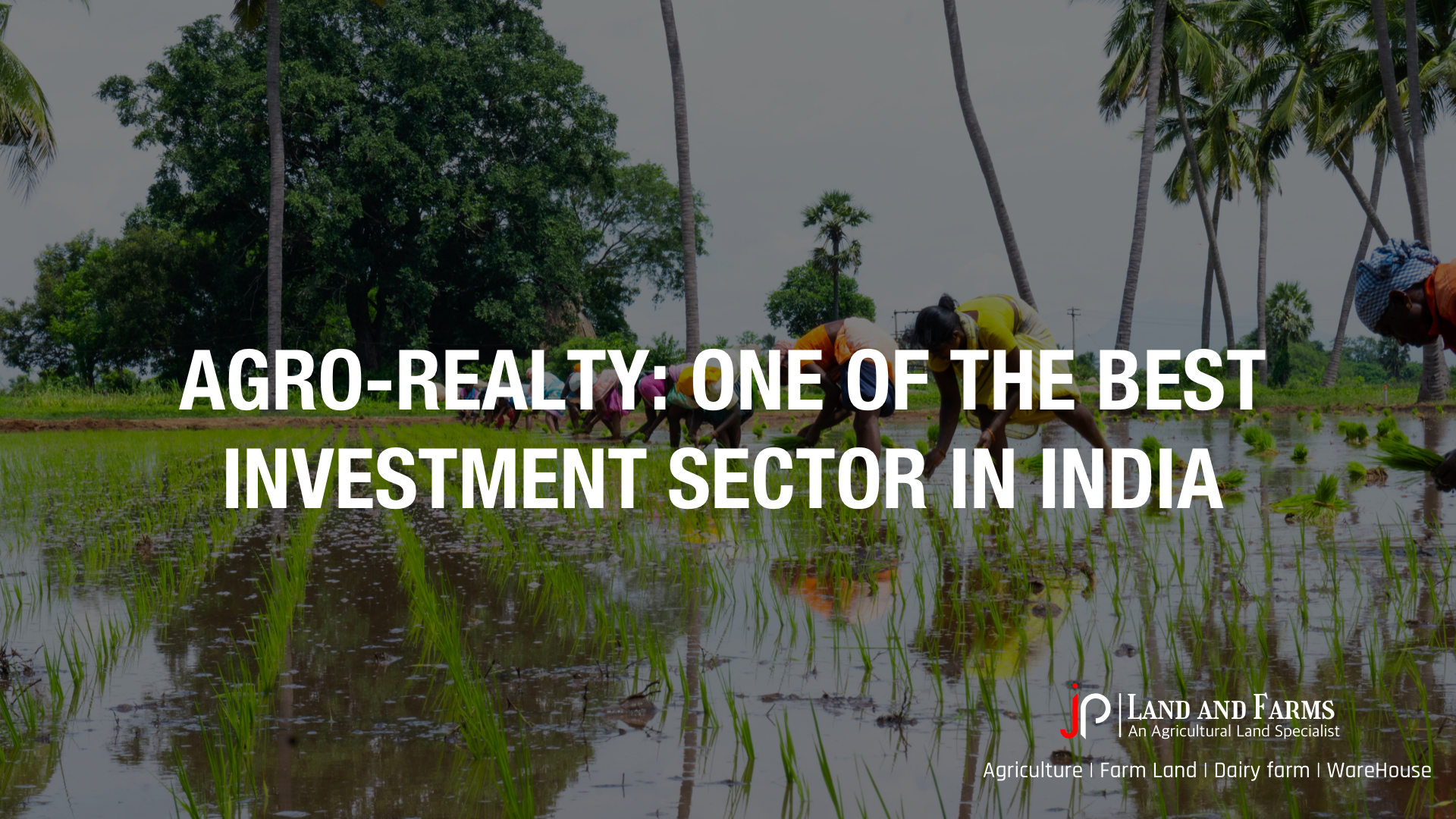 The agro realty sector in India is considered one of the most profitable industries. India being a developing nation has immense scope for investment and construction activity in this sector. The major growth drivers for this sector can be low-interest rates, availability of cheap resources and tax benefits on investment. Agro realty projects are treated as a priority sector by the government which provides investors with huge benefits such as land allotment at subsidized rate, exemption from minimum and maximum sales tax, exemption from income tax, approval for installation of machinery within six months instead of one year

The Agro-Realty sector is one of the most promising sectors in the real estate industry. The market was valued at INR 1,77,000 crores ($26 billion) in 2019 and is expected to grow at a compound annual growth rate (CAGR) of more than 34 percent over the next five years.

Agro-Realty is rapidly becoming an attractive investment option for international and domestic investors. The agro-realty sector in India is expected to grow at a CAGR of over 34 percent and reach INR 3,7,000 crores by 2025.

India is the second-largest agricultural nation in the world, growing more than 50 million tons of crops per year. This means there is a lot of lands available for agro-realty projects. As this industry grows, it will create numerous jobs for our economy and help

India offers a wide range of agro-climatic conditions varying from tropical to temperate, with rainfall for the major crops coming in the main between June and September. The country has a large variety of soil types—from sandy to clay loams, black cotton soils and alluvial soils.

A large number of investors are currently investing in India agro realty sector. This is due to the positive perspectives in this new field that is blooming with huge opportunities.

India’s agro realty sector is the most profitable and productive sector. India is known for its large production of various crops.

The agro real estate sector is riding on the high growth expected from the agricultural sector and growing demand for infrastructure. In order to sustain this, agro realtors need to be innovative, flexible and responsive toward their customers.

Agro real estate is the commercial development of agricultural land and that too in a planned manner. It is one of the best investment options for farmers who want to monetise their land.

Agriculture is a highly important sector of Indian economy. India’s agriculture sector accounts for 17% of India’s GDP, 70% percent of employment, 40% percent of foreign exchange earnings and 35% of total agricultural output as well as 40% percent food grain produced in the country. It was once considered an indicator of the health of India’s economy. The Agri real estate market has been growing at a healthy rate since 2010-11 with major cities like Chandigarh, Mumbai and Bangalore witnessing a rise in demand for plots. At present, major cities like Delhi NCR (Gurgaon), Chennai, Ahmedabad and Gwalior are going through this boom phase where properties are being sold at premium rates compared to the previous years’ rates. However, most metro cities have seen both increases and decreases in prices over a period time.

Agricultural real estate and related services are emerging as a new asset class among institutional investors. From small-holder farms and organic orchards to large-scale commercial holdings, foreign and domestic investors are attracted to this sector by the many potential benefits it offers.

The agricultural real estate sector in India is known as the farmhouse property, which includes farmhouses, land banks and farms. Agro realty is becoming a popular investment option. Here is a simple guide to the concept of Indian agro realty investment and its benefits.

We at JP land and farms can help you to get best deal in farmlands / agricultural farmland in Gurugram, Sohna, Faridabad and Palwal. We are a team of real estate experts having more than 20 years of experience. We deal in lands for agriculture, lands for small farms and lands for warehouses. Our goal is to give you the best solution for all your big lands needs.

Benefits of investing in agricultural farmland

Do you planning to invest in farmland but are still confused? Let us help you by explaining the benefits of investing in agricultural farmland / Farmland Investing. 1. A hedge against inflation Farmland is one...
Read more Joginder Poswal Started his entrepreneurial journey with an IT company founded in 2007 and after successfully setup business in India and USA he entered in Real Estate business in 2013. In last 8 year he build a team of experts having more then 20 year of experience in real estate specially in Lands for housing projects, Agriculture lands, Lands for farmHouse, Lands for Warehouse etc.